Leeds United are reportedly hot on the trail of Watford winger Ismaila Sarr, with the player reportedly having had his head turned by the Whites’ interest.

The Whites have been very active in the summer market, making seven signings so far. Indeed, the likes of Brenden Aaronson, Marc Roca, Tyler Adams and Rasmus Kristensen can all expect to make their Premier League debuts this weekend against Wolves. However, all those signings have been made using the money made from the sales of Raphinha and Kalvin Phillips.

To that end, manager Jesse Marsch claims Leeds remain active in the window and still hope to make more signings. Top of their wanted list remains a new left-back. They will start the new season with centre-half Pascal Struijk covering for the injured Junior Firpo.

They are also in the market for a new forward. The White’s chased Charles De Ketelaere long and hard before ultimately missing out to Milan. On that subject, the Belgian is likely to secure his move to the San Siro in the next 24 hours.

However, Leeds are refusing to be downhearted and are quickly moving on to other potential options. To that end, the likes of Arnaud Kalimuendo remain an option, despite another Italian powerhouse looking to muscle in on the deal.

Now, though, reports in France claim Watford winger Sarr is fast becoming an option for Leeds. The Senegalese winger has been linked with a move to Liverpool and Manchester United in the past.

Indeed, he was a player Jurgen Klopp seriously looked at before instead signing Diogo Jota in 2020.

However, he could finally be on the move to Leeds United if Foot Mercato are proven correct.

They claim he is fast emerging as a top target for Leeds United director of football Victor Orta. And aware of the Whites’ interest, the 24-year-old is seemingly keen to move north to Elland Road.

As a result, Watford are reportedly valuing Ismaila Sarr at around £29.3m (€35m) in light of Leeds’ interest. The Hornets would be unlikely to stand in his way were their asking price be met, given Sarr is reportedly unhappy at the prospect of Championship football.

The forward was unable to prevent Watford slipping back into the second tier last season. He scored five goals and added two assists in 2021/22 as the Hertfordshire side finished 19th. 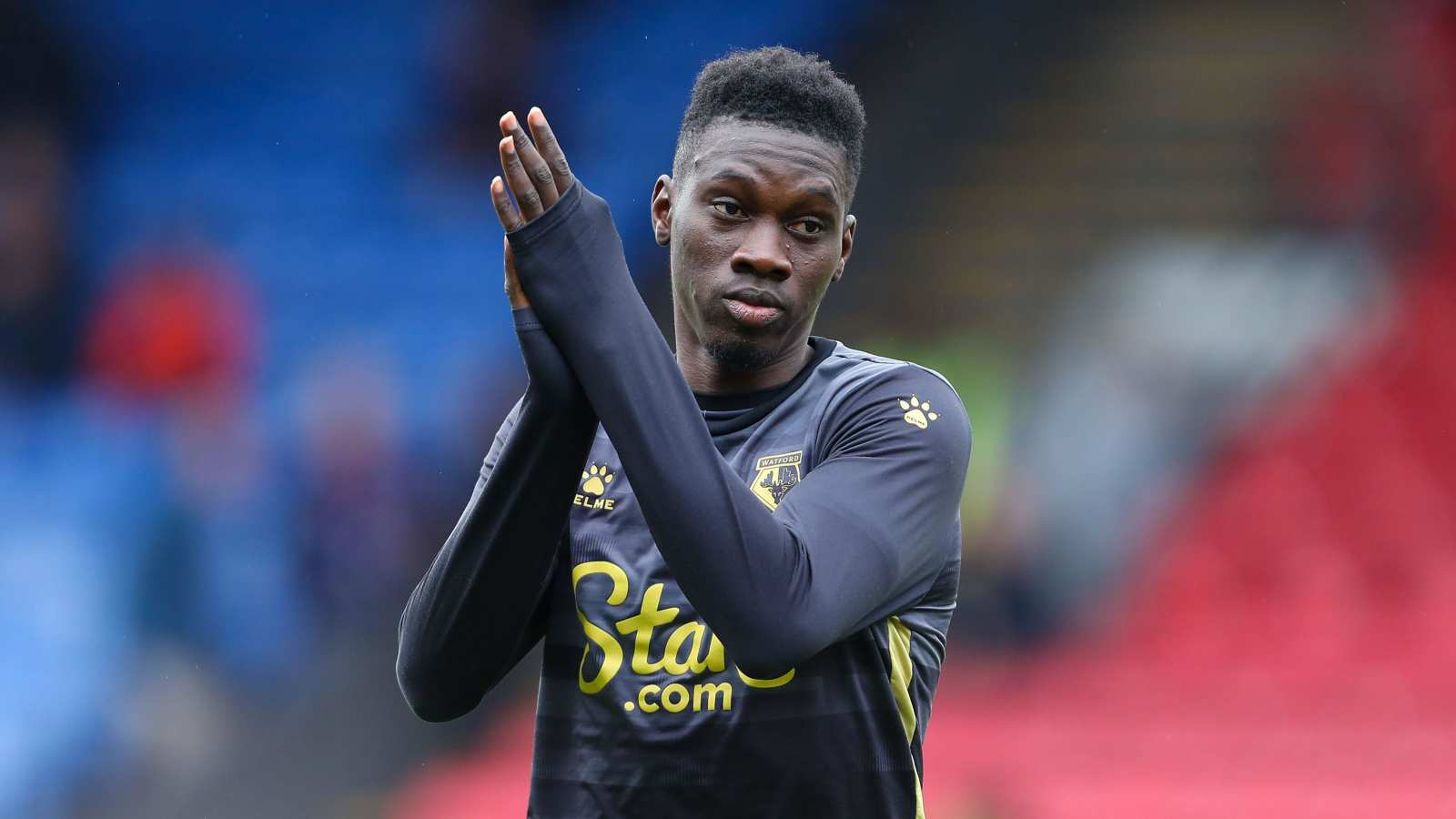 That’s not that great a record, though he does boast 24 goals in 93 appearances for the club overall.

Sarr has two years left on the five-year deal he signed at Vicarage Road upon joining from Rennes in 2019.

As such, watford know this summer represents their prime chance to cash in on the 47-times capped Senegal star.

Per Foot MercatoLeeds remain on the trail of two other attacking targets this summer.

And they suggest both Martin Terrier and Cody Gakpo are also in Orta’s sights. Both names will be familiar to Leeds fans.

In fact, both players have been strongly linked with moves to Elland Road this summer already.

Terrier enjoyed an excellent season last time with Rennes. Rated at a huge £34m (€40m), he snared 21 goals and three assists from 46 appearances.

That tally ensured he was third only behind Kylian Mbappe and Wissam Ben Yedder in the Ligue 1 goalscoring charts.

Gakpo, meanwhile, is another name Leeds have looked long and hard at this summer. Their interest in him dates from the before the Raphinha transfer went through.

How will Leeds fare in the Premier League next season without Raphinha and Kalvin Phillips?

How will Leeds cope without Raphinha and Kalvin Phillips in the upcoming campaign?

Boasting a phenomenal record in the Netherlands, he has struck 21 goals and laid on 15 assists on his way to being named Eredivise Player of the Season.

Interest in all three players will undoubtedly increase speculation that Leeds United may well be ready to offload Jack Harrison.

The Leeds winger has been the subject of strong interest from Newcastle this summer, with the Magpies seeing a £33.5m offer knocked back.

Not to be determined, however, Newcastle are reportedly ready to raise their bid again in light of Leeds reportedly naming their price.