Climate breakdown is hitting the lives and livelihoods of the world’s poor, the Queen has told a meeting of hundreds of Anglican bishops.

In a letter to the 650 members of the clergy from across the world, currently meeting for a once-a-decade conference, queen elizabeth warned that “those less able to adapt” were most at risk from environmental collapse.

The monarch, who is Supreme Governor of the Church of England, told the group they had assembled “during a period of immense challenge for bishops, clergy and lay people around the world, with many of you serving in places of suffering, conflict and trauma “.

The 96-year-old went on: “We also live in a time when the effects of climate change are threatening the lives and livelihoods of many people and communities, not least the poorest and those less able to adapt and adjust.”

The Queen added that the environment was “a cause close to the heart” of her late husband Prince Philip, and his interest in the field had been “carried on by the Prince of Wales and the Duke of Cambridge”.

Her late husband Prince Philip was president of the World Wildlife Fund. Her son de ella, Prince Charles, has championed organic farming, and her grandson de ella Prince William founded the environmental Earthshot prize and has spoken in favor of rewilding.

However, the Queen does hold various patronages with environmental organisations. 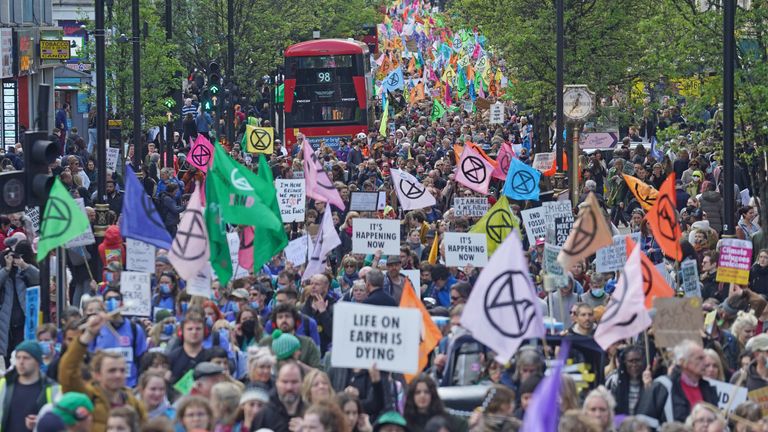 Last year before the COP26 climate talks in Glasgow, she was caught on a livestream while speaking privately, criticizing leaders who “talk but don’t do”.

The Lambeth Conference of Anglican bishops, agreed by the Archbishop of Canterbury once every 10 years, is underway in the UK, taking place at the University of Kent, Canterbury Cathedral and Lambeth Palace.

Wednesday was dedicated to themes of the environment and sustainable development.

The show investigates how global warming is changing our landscape and highlights solutions to the crisis.