LOVE Island fans have been questioning whether Gemma Owen calling Luca Bish by her ex’s name was STAGED to create more drama.

Gemma, 19, was seen accidentally referring to Luca as ‘Jacques’ as he gave her a playful massage on Tuesday night’s show.

As Gemma dissolved into laughter, Luca stormed off in a strop as their fellow Islanders watched on in shock.

But not all viewers were convinced by the awkward scenes.

Taking to Twitter, one fan wrote: Gemma called him Jacques on purpose – this is staged.”

A second said: “Idk why this whole gemma calling luca jacques thing seems so staged to me.” 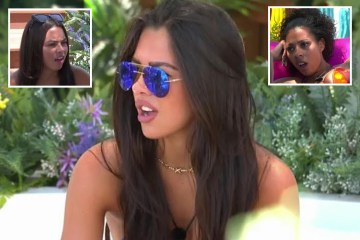 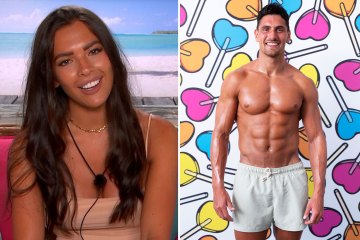 Another added: “Gemma nearly called Luca, Jaques. Either that was staged or horse girl is the biggest dumb*** in the show.”

Having given it some deep thought, a fourth even said: “This is all staged.

“Gemma and Jacques are together in real life. Slowly we will see them ‘fall back in love’ starting with Gemma calling Luca Jacques and dropping other hints.

“She won’t kiss anyone properly or sleep with anyone as that’s not why she’s there.”

Read all the latest Love Island news, gossip and exclusives

Gemma was left stunned when she saw Jacques walk into the villa on Sunday night.

But rather than make a beeline for her, the professional rugby player went on dates with singletons Afia and Paige.

He later coupled up with Welsh paramedic Paige, leaving Afia dumped from the island.

Gemma reassured Luca that she does not have feelings for Jacques as she apologized for calling him his name.

Following her faux pas, she said: “I absolutely didn’t mean to say it. It was a genuine mistake.

“I have no feelings for him and I’m not interested in getting back with him.”

Luca accepted dressage rider Gemma’s apology and they were later seen sharing some passionate kisses in bed together.