Liverpool are among the clubs touted with an interest in Lille midfielder Amadou Onana, which stands up due to a long-term plan to add to the midfield ranks.

As widely reported, the Reds are not planning to add another midfielder to the squad this summer.

Jurgen Klopp has stressed this point on a number of occasions, highlighting the nine options already at his disposal following the signing of Fabio Carvalho.

“Where is the need for a midfielder?” I have asked. “I wait for the day when somebody comes to me and tells me why, exactly.”

But there has already been interest in Aurelien Tchouameni this summer, prior to his £85 million switch to Real Madrid, while it is common knowledge that the club will join the race for Jude Bellingham next year.

Alternative targets will be considered too, of course, and that is where Onana may come in.

According to The Athletic’s Paul Taylor, assessing Nottingham Forest’s targets for the transfer window, Liverpool are among the 20-year-old’s “admirers.”

Arsenal and Newcastle are also named along with Forest, while Sky Sports claim that West Ham have already seen a two bids rejected and have now submitted a third worth over £32 million.

Onana is a 6’5″ midfielder who, as described by Taylor, operates as a “powerhouse” and “has built himself a reputation for breaking up play.”

It appears that the Belgian could be on the move this summer, with east London his most likely destination at this stage, but it is certainly worth noting that Liverpool are interested. 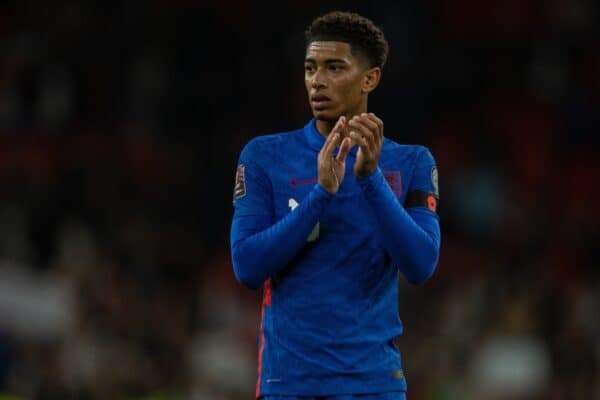 While Bellingham may be seen as the top target, it is common sense for the club’s recruitment staff to put together a shortlist if, as expected, a midfielder is sought for 2023.

Two examples of this in action were in the pursuits of Virgil van Dijk, with Kalidou Koulibaly, Aymeric Laporte and Jose Gimenez the alternatives, and Diogo Jota, who was preferred to Ismaila Sarr and Jonathan David.

Whether Liverpool will push for a deal for Onana is unclear, and perhaps even unlikely, but if he does depart Lille this summer his progress will be tracked.

Born in Senegal but raised in Belgium, the youngster moved to Germany at a young age and spent time with Hoffenheim and Hamburg before joining Lille last summer.