Liverpool have traveled to Austria for the next stage of pre-season and for Jurgen Klopp there is no hiding from the fact that the “most important part of pre-season starts now.”

In total, the Reds’ pre-season from start to finish spans 32 days and for those involved in international duty over the summer, it is less than that.

When you add in a trip to Asia, it disrupts the ideal training sessions the manager would wish to have, ensuring their time in Saalfelden, Austria is paramount for what lay ahead.

The picturesque spot is a popular destination for the Reds and it allows the focus to be internal with no commercial or media obligations, with focus dedicated to training and team bonding.

It is no wonder then that Klopp has long looked forward to their time in Austria, with its importance not lost when you consider the league season starts in less than two weeks’ time.

“Very much [looking forward to it]. We need that time now,” Klopp told the club’s official website of the training camp. 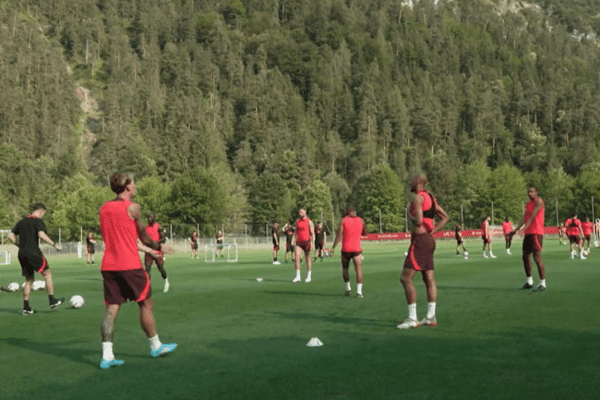 “We are not even close to where we want to be physically. We have to get there.

“The weather and everything is difficult, it will be difficult in Austria as well. It’s good. We have to get through this, we have to work extremely hard and then we will be fine.

“I’m not sure if we will be fine against Salzburg because now we really go for it, but we will give it a try. The most important part of pre-season starts now.”

And while the training camp might be important, it is not quite something the players themselves look forward to such is the grievous demands they will face.

“I don’t think any of us look forward to Austria,” Robertson admitted. “It’s always where it gets ramped up a little bit, it’s always that wee bit harder, but so important.

“Tough sessions, trying to get us closer to where we need to be for the first game of the season.

“All I’m thinking of is by the end of the week we’ll be in a much better position, that’s the only way you get through it.”