The animal bucked wildly with Beatrice sat next husband Edoardo Mapelli Mozzi in the carriage.

And the scared horse tried to dart off the procession track and went onto the grass, dragging the carriage with it, video, aboveshows.

But expert horsemanship at the parade in Berkshire calmed it down and backed it back onto the course within seconds.

Guests raised their top hats as the royal procession arrived to the national anthem.

Beatrice and Edoardo waved to the crowds, following the procession’s first carriage which the Duke of Kent was in. 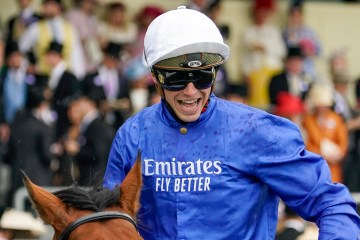 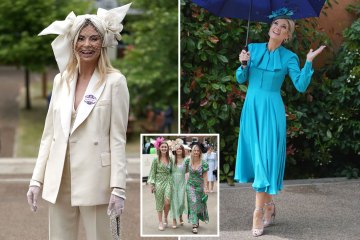 It comes after Kate Middleton wowed in polka dots as she and Prince William joined racegoers yesterday.

The Duchess of Cambridge looked effortlessly elegant as she led the Royal procession with the Duke of Cambridge in Berkshire on Friday afternoon.

The beaming couple have not attended Royal Ascot since 2019 and waved at cheering onlookers as crowds in the parade ring caught a glimpse of them.

And Kate, 40, was later left open-mouthed with joy when she appeared to pick a Royal Ascot winner.

The Duchess looked at a guest in the royal box in shock after Perfect Power won the Commonwealth Cup and William came over to his wife grinning.

The couple shared a few more glances before they disappeared, presumably for the royal to collect her winnings.

Earlier in the week the nation was willing the Queen’s horses to give her a jubilee win – but they were twice pipped at the post.

It was hot favorite Reach for the Moon who punters hoped would romp home for Her Majesty, 96 — who stayed at home at Windsor Castle and watched the action on the telly.

But jockey Frankie Dettori’s royal ride was outdone by winner Claymore and came in second.

Dettori, 51, also came second on Saga—another of the Queen’s horses—while her final entry Tactical came a disappointing seventh in the final race.