Every so often a new smartphone makes waves in the tech world because of an eye-catching design or innovative features, and this month, the Phone 1 from Nothing is starring in reviews and videos thanks to its LED-laden transparent design and affordable price point . We picked up a Nothing Phone 1 to see how it measures up to Apple’s iPhones.

Since Nothing is a relatively new company, we’ll give a little back story first. OnePlus co-founder Carl Pei founded Nothing in 2020, and in 2021, the company purchased Essential Products, the Andy Rubin-founded firm that manufactured the now-discontinued Android-based Essential Phone in 2017. From there, Nothing partnered with Swedish electronics company Teenage Engineering, known for its synthesizers, and the result is the Nothing Phone 1, introduced in March. 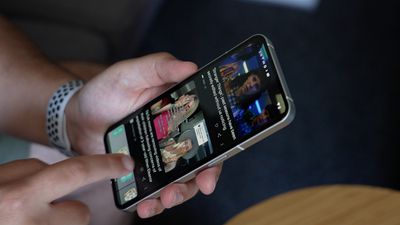 Priced starting at £399 ($475), the Nothing Phone 1 is more affordable than most of Apple’s iPhones, and it is closest in price to the $429 iPhone SE and the $499 iPhone 11. Measuring in at 6.55 inches with an OLED display and a 120Hz refresh rate, the Phone 1 comes in black or white, and it has a series of LEDs at the back that form what the company says is a “glyph interface.” The LED lights serve as visual notifications, letting you know who is calling or messaging. 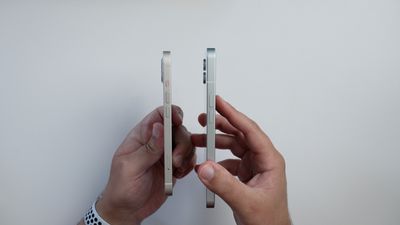 The Nothing Phone 1 has an undeniably iPhone-like body with squared edges, camera placement, and antenna bands, but those LEDs set it apart. LEDs can be paired with different sounds for even more customization, and they’re fun to play with, but there’s no color, so you’re limited to pattern recognition. You can set the LEDs up to display a different pattern for different apps and people, but then you need to learn each light pattern, which is easier said than done. 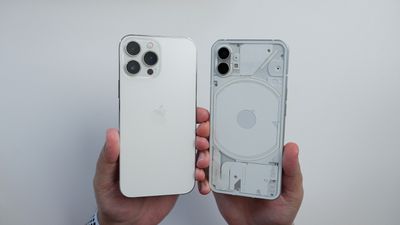 The LEDs also work alongside the 50-megapixel wide and ultra wide cameras that have features that include optical image stabilization, night mode, portrait mode, and macro shot support. At the front, there’s a 16-megapixel selfie camera, and it has an in-display fingerprint sensor. 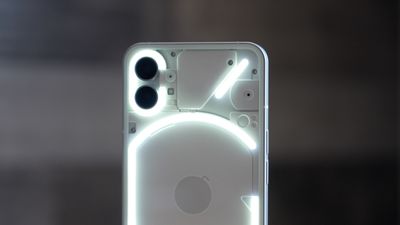 Inside, the Nothing Phone 1 has a Snapdragon 778G processor from Samsung, and the base model comes with 8GB RAM and 128GB storage. Other features include an IP53 water resistance rating and a 4500mAh battery. The specs are fine, but won’t match the performance of higher-end smartphones from Apple and Samsung. 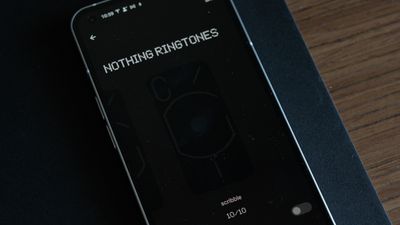 The Nothing Phone 1 runs Nothing OS, a version of Android that promises no “bloatware.” An Android-based phone is not going to be of interest to those who are deeply entrenched in the iPhone ecosystem, but all in all, the Phone 1 is one of the best mid-tier Android phones on the market. For those who are looking for a change or those who want something affordable with a rich feature set, the Nothing Phone 1 is competitive with its unique lighting system and higher-end components. 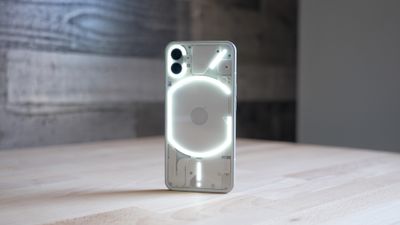 Make sure to watch our full video up above for a look at Nothing OS and to see the LEDs in action. What do you think of the Nothing Phone 1? Let us know in the comments.