AN affordability test for mortgage lending will be ditched from August, the Bank of England has confirmed.

The Bank confirmed earlier today the withdrawal will happen from August 1.

Mortgage lenders currently have to follow rules on affordability set by the Bank of England.

But these will be ditched for the new rules after it consulted on the potential impacts withdrawing the affordability recommendation could have on mortgage lending.

It comes after data from Rightmove revealed the average asking price for a home across Britain is £368,614 – with June marking the fifth month in a row it has hit a record high.

Two mortgage recommendations were introduced in 2014, one of which was the affordability test. 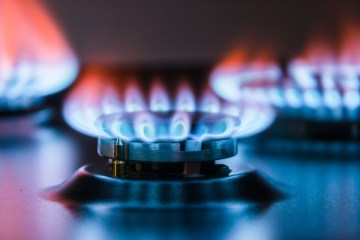 The test determines what level of monthly repayment you can actually afford.

The other recommendation, the loan to income (LTI) “flow limit” restricts the number of mortgages that can be extended to borrowers at LTI ratios at or greater than 4.5.

This recommendation will not be withdrawn.

Gemma Harle, managing director at Quilter Financial Planning, said while the shift in rules was an attempt to help first-time buyers get their foot on the ladder, it may have the opposite effect.

“One of the main drivers behind “generation rent” is the fact that house prices have massively outstripped wage growth,” she said.

“Due to high house prices, first-time buyers also need very sizable deposits and in the current fiscal environment saving this type of money will be very difficult due to increasing rents and the cost of living.

“On top of this, inflation will be eating away at any other savings they have sitting in cash.”

She added: “This change in the affordability rules could perpetuate unsustainable further growth as it steps up demand in a market already suffering with limited stock.”

What does it mean for buyers?

Dropping the affordability checks should make it easier for prospective home buyers to apply for a mortgage.

Under the current rules, when you apply for a fixed rate mortgage, you lock in your interest rate for a set period of time.

After this period, you are switched over to something called a “reversion rate”. This is usually higher than what you were paying before.

You need to prove you can pay a rate that is three percentage points higher than the reversion rate.

The rule has typically meant people cannot afford as big a mortgage as they might have been able to afford.

Now the Bank of England has scrapped the rule, you should be able to take out a bigger mortgage.

However, you should always consider how much you can afford, and stay within reasonable limits.

Mark Harris, chief executive of mortgage broker SPF Private Clients, said the change could have a positive effect on borrowers who have been struggling to get on the ladder.

“For example, first-time buyers who have been affording rents far in excess of current mortgage payments but have failed affordability assessments regardless,” he said.

Do you have a story for The Sun Online Money team?