Frank Lampard and Everton are both in agreement after a firm stand was taken on the future of Tottenham and Newcastle target, Anthony Gordon, per a report.

The Toffees have helped to balance their books through the sale of Richarlison. The Brazilian joined Tottenham in a deal potentially rising to £60m. Richarlison will be an invaluable addition to Antonio Conte’s side being capable of operating all across the frontline. However, widespread reports suggested they also wanted to sign Anthony Gordon.

That caught Spurs’ attention, as well as Newcastle, according to 90min.

Indeed, the Magpies may require a new club-record transfer fee if they’re to realize their ambition of signing Bayer Leverkusen’s Moussa Diaby. If the Frenchman eludes them, Gordon and Callum Hudson-Odoi are believed to be back-up targets.

now, to report from the Athletic has shed light on what the future holds for Anthony Gordon.

The piece, written in part by the reliable David Ornstein, reaffirmed Tottenham and Newcastle’s interest in the flyer.

However, Everton are digging their heels in and have ‘no intention’ of parting ways. 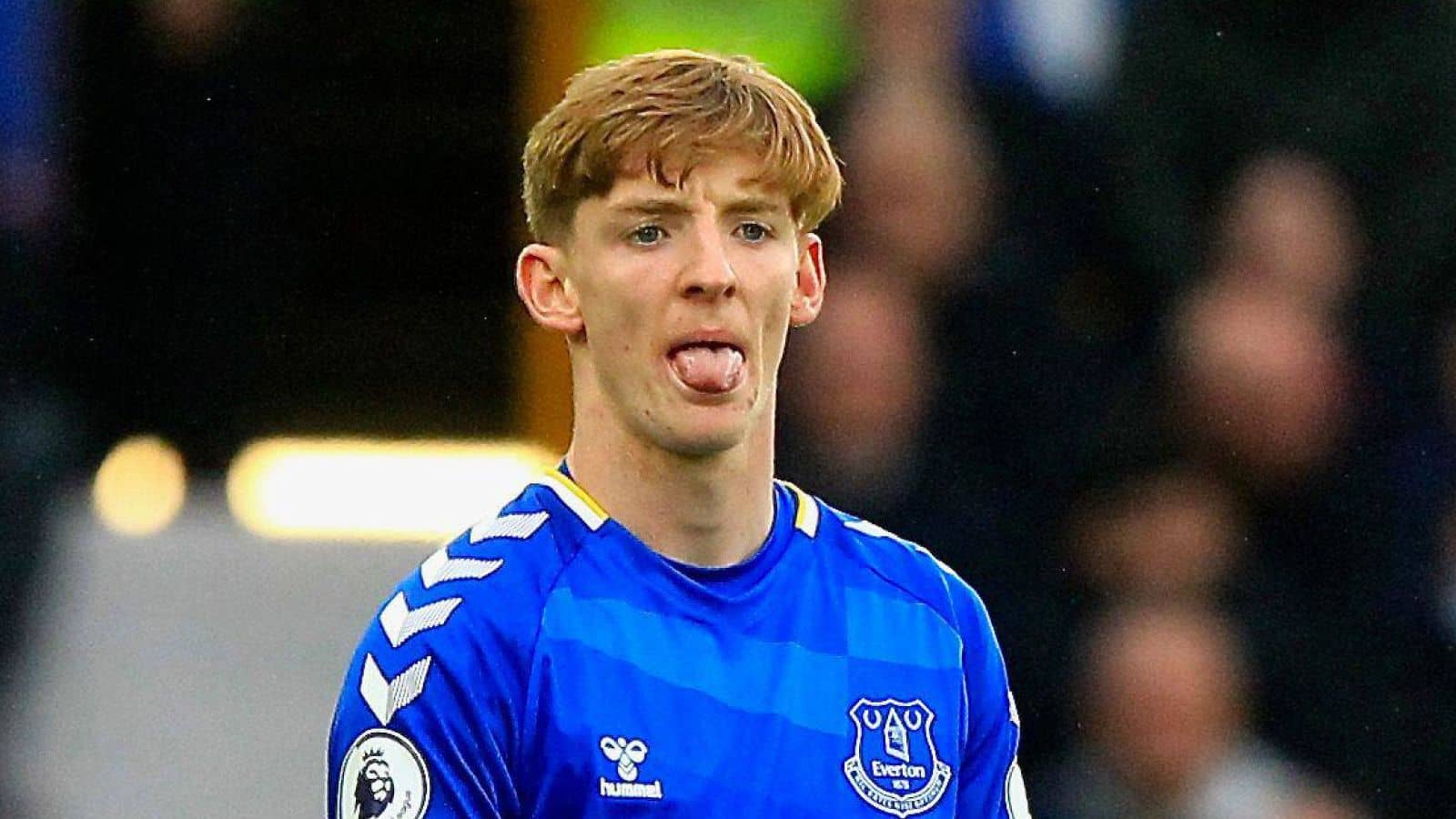 The report acknowledged Everton have received inquiries about the England Under-21 international. Yet their stance is clear – they are ‘unwilling’ to sanction an exit.

The Toffees and manager Frank Lampard are both singing from the same hymn sheet. It’s claimed Lampard is ‘vehemently against’ selling such a promising and increasingly influential star.

In response to his growing importance, Everton are in fact ready to propose a contract extension.

The article explains that development has been in the works for some time and is not a direct response to Newcastle and Spurs’ interest.

Anthony Gordon must not leave Everton

The winger showed he can trouble Premier League defenses at will last season. However, a move to a club like Tottenham could stop his rapid development in his tracks.

Spurs already have Son Heung-min, Dejan Kulusevski, Lucas Moura and now Richarlison for their flanks. It’s not inconceivable Gordon would rarely feature if he did move to north London.

While he is further along the development line, that type of move would have similarities with that of Jack Clarke’s.

The former Leeds winger joined Spurs in 2019 following a promising campaign the season prior. However, Clarke was quickly marginalized at Spurs and three years later, he was playing in League One on loan with Sunderland.

But for the player’s long-term benefit, as well as Everton’s, remaining on Merseyside for the foreseeable future looks the best scenario for all involved.