DEAR DEIDRE: WHEN I discovered he had been cheating, my boyfriend flew into a rage and then stormed out.

He’s turning it all on me and I feel as though I’m the one in the wrong.

Each week, Sally will be joined by an expert and some of your favorite celebs to give helpful, entertaining advice to listener problems.

A brand new episode will be available every THURSDAY.

I’d had my suspicions for months but had no proof

I couldn’t shake the feeling that he was speaking to other people.

Some things just weren’t adding up in my head.

I am 27 and he is 29. We have been together for three years and live together.

We were even talking about buying our first flat.

It was weird that there was nothing about me on his social media and anything I tagged him in, such as a couple of parties and a little holiday we went on, he hid so others couldn’t see it.

And he is very secretive with his phone, never letting it out of his sight.

But he likes pictures of women posing semi-naked and I think he has also sent pictures of himself to some of them.

I finally had the opportunity to look through his phone when he left it unlocked when we were visiting his parents.

He went outside to help his dad with his car and I grabbed the chance to investigate.

I kept quiet about what I had seen until we were on our own.

After he’d thrown things about, he left — a side to him I haven’t seen before.

He won’t discuss it with me and denies he has been speaking to anyone, even though I have seen it with my own eyes.

Get in touch with Deidre

Every problem gets a personal reply, usually within 24 hours weekdays.

I was willing to try to talk things through. But he says it is my fault for being insecure and he will never trust me again, so we are over.

He is being so stubborn. I am absolutely gutted it is over.

DEIDRE SAYS: Let him go. You have had a lucky escape.

Your ex is manipulative and because your self-esteem is so low, it is difficult to see that he is blaming you as a way to deflect attention from his own bad behavior so he can just avoid taking responsibility.

He wants the focus on you instead of him, but it is cowardly and weak.

It was his choice to contact these other women and his alone.

It is not your fault and once the dust settles, I hope you can appreciate you are far better off without him. 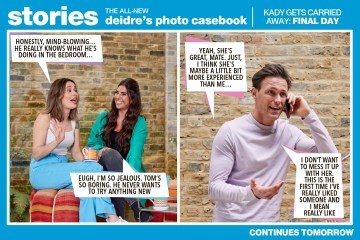 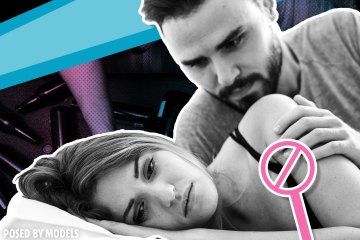 My support pack Mending Your Broken Heart will help you heal and move on.

You deserve someone who is proud to stand next to you – whether it is in real life, on TikTok or Instagram.