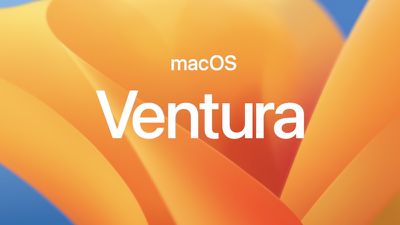 Registered developers can download the beta through the Apple Developer Center and once the appropriate profile is installed, betas will be available through the Software Update mechanism in System Preferences.

macOS Ventura introduces Stage Manager, a new feature that lets Mac users focus on a task while keeping other apps at the ready for easy swapping between tasks. The update adds Continuity Camera, which is designed to let you use the iPhone as a webcam for your Mac. It supports Center Stage, Desk View (for showing off your desk), and Studio Light.

Handoff is now available for FaceTime so you can transfer calls between ‌iPhone‌, iPad, and Mac at will, and Messages supports features for marking an iMessage as unread, unsending an iMessage, and marking as unread. SharePlay also now works in the Messages app.

The Mail app supports scheduling and undoing emails for up to 10 seconds after they’re sent, and there are now Weather and Clock apps that are available on the Mac. System Preferences has been renamed System Settings, and it features an iOS-like design .

Safari supports Shared Tab Groups and Apple is working on Passkeys, a next-generation credential that replaces the password. There are updates to Spotlight, Photo Library has new features, and Metal 3 is included in ‌macOS Ventura‌ for better graphics in games.

For everything new in ‌macOS Ventura‌, we have a dedicated roundup that goes through all of the features. ‌macOS Ventura‌ is set to see a public release this fall.