Liverpool are settling in nicely to their latest training camp in Austria, with the season now less than two weeks away. Here, we pick out five things we spotted from day two in Salzburg.

The hard work is well underway for the Reds in what Jurgen Klopp will say is the most important stage of their summer schedule.

With double sessions on a daily basis and drills focused on improving the players’ fitness, the Reds really are being put through their peace in the picturesque scenes of the Austrian mountains.

However, it’s also a valuable time for some team bonding ahead of another grueling season and, so far, the players look to be enjoying the camp as much as they could be!

There were more smiles in Saturday’s session, and here are the things we spotted. 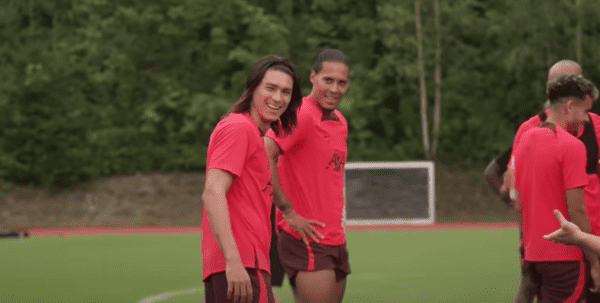 Darwin Nunez had a different look about him for the Reds’ second day of the camp.

Liverpool’s new No.27 completed the session with his hair down, rather than having it tied up in a top knot, as we’ve become accustomed to seeing it during his time at the club so far.

Nunez always used to have shorter hair in the earlier stages of his career but grew it out during his time at Benfica.

Reminds us of a certain other Uruguayan striker! Are you in team Nunez hair up or Nunez hair down? 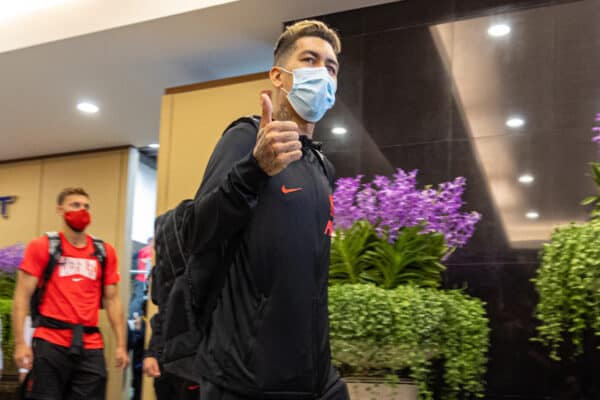 Is this another potential injury worry for Klopp to contend with?

After an impressive first-half performance against RB Leipzig on Thursday, Roberto Firmino hasn’t been seen in any of the training sessions in Liverpool’s first two days in Austria.

Having struggled with a number of injury problems in 2021/22, the last thing the Brazilian needs is a pre-season disrupted by more time in the treatment room.

Fabian Mrozek, Calvin Ramsay and Kaide Gordon also missed the session again, but there was a return to light training for Alisson, who Klopp is hoping will be ready to face Man City in next week’s Community Shield.

Just some of the screams from the coaching staff watching on as Mohamed Salah gave poor Sepp van den Berg the runaround in a one-on-one drill.

The Egyptian has looked razor sharp in Liverpool’s last two pre-season friendlies, scoring in both, and is clearly in excellent shape ahead of the new season.

Here, Salah received the ball in a number of different areas and was tasked with beating Van den Berg before finishing past the goalkeeper.

He scored every single attempt, with Pep Lijnders eventually putting Van den Berg out of his misery by calling time on the drill. Simply world class. 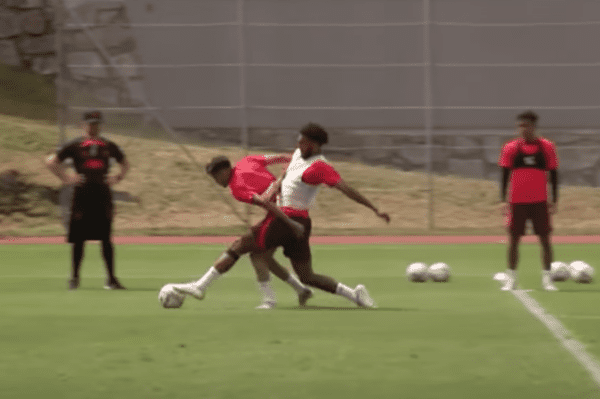 In the same drill, which saw the likes of Salah, Nunez, Luis Diaz, Harvey Elliott and Fabio Carvalho put through their peace, there was one defender who stood out.

Joe Gomez was put up against Diaz and Nunez, among others, but stood up very well to the challenge.

Given his pace and power, one-on-one defending is one of Gomez’s strengths, and he certainly showed that here.

At one stage, Diaz attempted to take the ball past Gomez on the outside, but the centre-back wasn’t having any of it, intercepting before the Colombian could even think about an effort on goal.