Liverpool’s fifth game of pre-season pits them against Man City in the Community Shield after their respective FA Cup and Premier League success, in the first of many tussles this season.

After successful trips to Asia, Germany and Austria, Liverpool are back on home soil for the season’s curtain raiser, with the first piece of silverware also on the line.

Pep Guardiola’s side is the opposition in Leicester as last season’s Premier League champions meet the holders of the FA Cup.

Here are 10 key things to know ahead of Liverpool’s Community Shield clash. 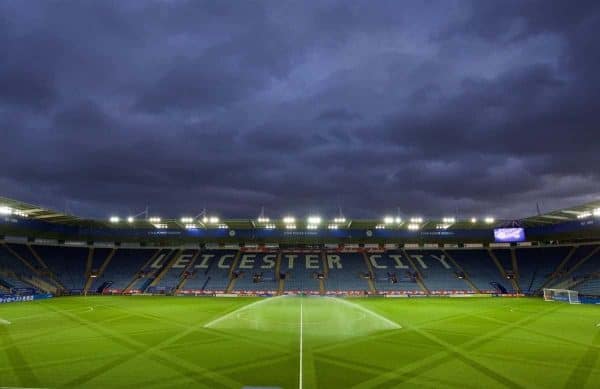 The 100th FA Community Shield will see Leicester’s King Power Stadium play host instead of Wembley, which is being used for the final of the Women’s European Championships this weekend.

It is the first time in 10 years that England’s national stadium has not hosted the fixture, but with both clubs based in the north, it certainly makes for a quicker journey – or, it would if there wasn’t a train strike.

Jurgen Klopp delivered both good and bad news on Alisson’s fitness on Thursday, with the weekend’s games to come too soon, but, thankfully, he will be back for the opener at Fulham.

With the Brazilian out of contention against Man City, Adrian will deputize once more to boost his pre-season minutes above 300.

As for other absentees, Diogo Jota, Alex Oxlade-Chamberlain, Caoimhin Kelleher, Kaide Gordon and Calvin Ramsay will all miss out.

A knock for Kostas Tsimikas did see him miss out against Salzburg in midweek and having not taken part in team training on Thursday, this weekend could come too soon. 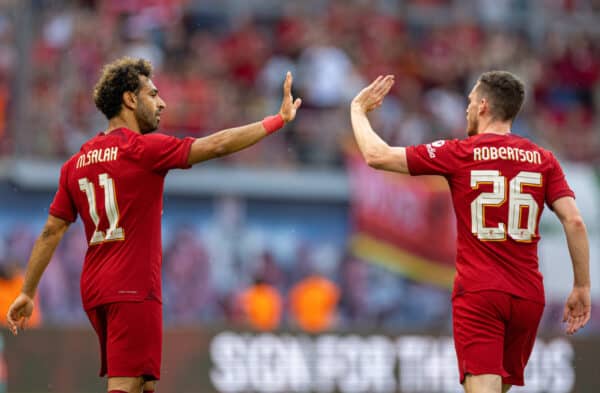 With seven days between the Community Shield clash and the trip to Fulham, Klopp already signaled his intentions to see his chosen XI play 90 minutes for “the first time.”

After a hint from the defeat at Salzburg, a strong starting lineup looks set to take to the field at the King Power, one that would not look amiss at Craven Cottage – aside from Alisson replacing Adrian.

It could be that Joel Matip is opted for over Ibrahima Konate, and Jordan Henderson instead of Naby Keita, with Roberto Firmino also getting the nod up front.

Man City head into their meeting with Liverpool off the back of just two pre-season friendlies, which took place against Club America and Bayern Munich in the United States.

It’s a contrasting approach to how Klopp views an ideal pre-season, with only 21 players featuring for City during their time away.

Guardiola has seen the likes of Raheem Sterling, Fernandinho, Gabriel Jesus and Oleksandr Zinchenko all depart this summer and will now be without Aymeric Laporte until September, with the defender undergoing knee surgery.

It leaves Ruben Dias, John Stones and Nathan Ake as the senior centre-back options for City, with Dias and Ake the likely partnership on Saturday. Stones hasn’t played yet in pre-season. 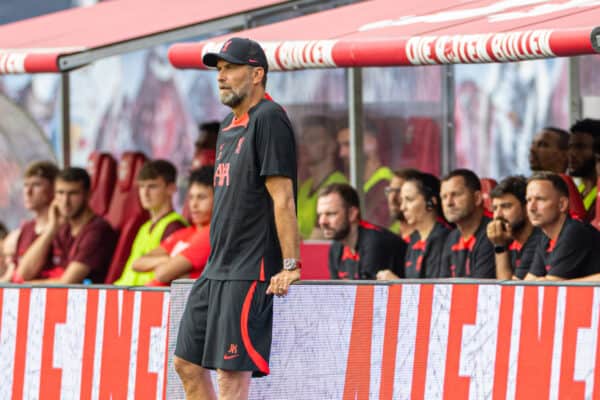 Much to Klopp’s relief, no.

If the game ends all square after 90 minutes it is straight to the penalty spot for a shootout, which Liverpool are no strangers to either last season or in the Community Shield.

The Reds won all three of their penalty shootouts in 2021/22, which saw both the League Cup and FA Cup given the Henderson shuffle treatment.

As for the number of substitutes, each team can name nine players on the bench and subsequently make a maximum of six in-game changes.

The Community Shield is the fifth of six pre-season games for the Reds, with the final outing coming only 26 hours after the first whistle in Leicester.

Liverpool will return to Anfield on Sunday for their final match before the season starts, meeting Strasbourg, who finished sixth in Ligue 1 last season.

That match gets underway at 7.30pm and will see those who did not feature heavily in the Community Shield clash continue to get valuable minutes in their legs.

Widely considered a glorified friendly, the Community Shield can take on different guises depending on which side of the result a club is on.

That was not lost on Klopp when he spoke to the press on Thursday, the manager is eager to see his side do well but knows it still only makes up part of the pre-season schedule:

“The game on Saturday, will it show a lot about the season? I expect two good teams. I saw [vs. Salzburg]even when we lost, especially in the second half, I saw [us] in really good shape.

“I hope we can bring that on the pitch on Saturday as well. But, of course, it will be a challenge just to play 90 minutes, I’m not sure of the weather in England but it can be hot as well.

“If you win it, it’s a very important competition and if you lose it, then it becomes less important.” 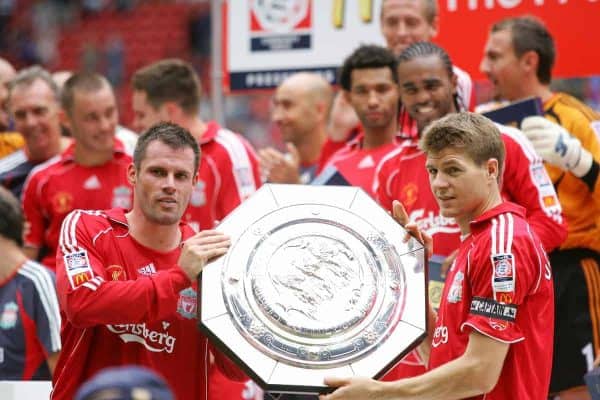 Liverpool have lifted the Community / Charity Shield 15 times throughout the club’s history, but have not won the season’s curtain raiser since 2006, despite contesting it two times since.

And, interestingly, of the 15 times the Reds have won the shield, they have then only gone on to win the subsequent league season five times.

Craig Pawson is the referee for this match, he will be supported by assistants Harry Lennard and Nick Hopton, with Darren England fourth official and John Brooks in the VAR booth.

Pawson is a referee that has been previously criticized by Klopp, although he’s not the only one!

The most notable, recent, incident came after West Ham were awarded a goal in Liverpool’s 3-2 loss back in November despite a clear foul on Alisson, with Pawson accused of “hiding” behind VAR.

But, as always, you can join This Is Anfield’s live coverage in our matchday live blog, with Joanna Durkan to keep you entertained and informed throughout the clash.